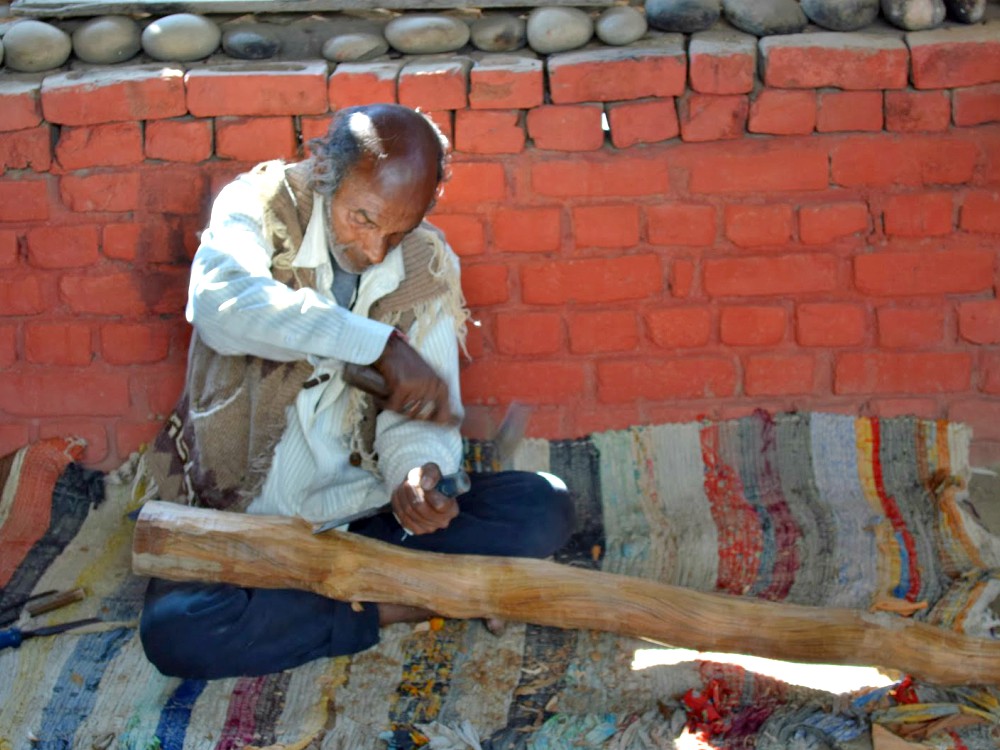 Mukeshji’s Jungle Vibes: A Bit of Australia in Rishikesh

Rishikesh is known as the crowning pilgrimage destination. However, few are aware that it is gradually developing as a heart of musical instruments (those that are primarily used abroad). Recently, Rishikesh has been gaining popularity owing to the musical instrument – Didgeridoo. This instrument is being made by Mukesh Dhiman in Rishikesh.

The Didgeridoo is a wind instrument that was first made by the aboriginals of Australia. It is considered the world’s oldest musical instrument and is also measured as the traditional sound of Australia. The maker of such an instrument in Rishikesh – Mukesh Dhiman, is an unschooled person who has overcome all odds to create a name for him and reached many countries with his Didgeridoo.

Mukesh, in addition to making instruments, also trains people to make instruments. He operates a workshop known as ‘ Jungle Vibes’ that is generally visited by music connoisseurs and foreigners. Mukesh claims that people from all over the world know his name and he is happy that his place has found a popular spot among the foreigners. Music enthusiasts from Spain, Portugal, Italy, America, Africa, Japan, Germany and Israel often travel to Jungle Vibes to learn to make Didgeridoos.

Foreign Tourists who come here call Mukesh’s handmade instrument, the Himalayan Didgeridoo. Mukesh can also replicate sounds of the jungle as well as animal sounds on the Didgeridoo. The reason the instrument is gaining tremendous popularity is owing to the fact that the sounds made are similar to ‘Om’.

The production and popularity of this wind instrument in Rishikesh bears testimony to this fact that the rich vibrant culture of the place has invariably synthesized a lot of foreign influences and such is the magnificence of Rishikesh that makes it such an incredible travel destination!